If you feel like there family ties throughout college basketball, you’re right.  It’s not just sons of NBA players who are smattering the college basketball landscape this year.  It’s sons of pro players, brothers of pro players, brothers playing together, player coach son-father combos, and players with family members starring in other professional sports.  Yes, college basketball is fun to begin with.  But when you add the guessing game of, “why does that guy look familiar?,” or “I remember when his pops was…” it makes it enjoyable on a different level.

3 Brothers Playing Together For Vermont Basketball

Photo courtesy of the Burlington Free Press. See the link below for

Topping this list is the clearly the Duncan brothers.  They take the cake.  For the first time since the Plumlee brothers at Duke University, the three siblings are together on an NCAA roster.  And they all get playing time.  In fact, each younger brother beat out his predecessor in their Evansville high school record book.  They’re only the fourth trio of brothers to ever play together in Division 1 college basketball.

Click here to learn more about their story, courtesy of the Burlington Free Press.

Brothers playing together in college basketball

Kaleb Wesson and Andre Wesson (both left) are one of several pairs of brothers in the NCAA game today. Photo: Ohio State Athletics

There is a very real chance that four pairs of brothers get playing time together during March Madness.  In fact, it would not shock anyone watching closely if that’s the case for the Sweet Sixteen.  Kansas, Nevada, Ohio State, and Marquette all have brothers who log minutes together.  And all of those teams ranked top 40 on kenpom.com and on most bracketology projects in mid-February.

Andre and Kaleb Wesson grew up in Columbus, Ohio, and are now fulfilling a family dream of playing for the Buckeyes together.

K.J. and Dedric Lawson played two years for Memphis before bolting to Lawrence, Kansas to play for Bill Self and the crimson and blue.

Caleb and Cody Martin (video below) are twins tantalizing defenses with very different and complimentary skills on the court. 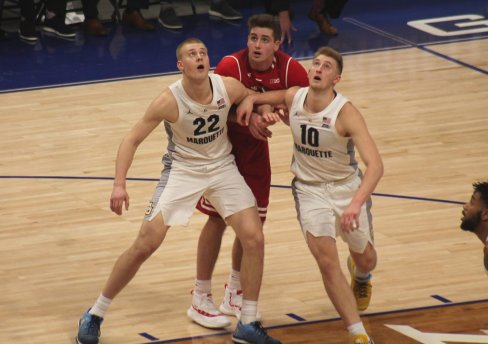 You know about the Martin twins on the court.

Let’s get to the sons of NBA players on current college basketball rosters.  There are many holdovers from last year:  First, the son of NBA legend Julius Erving, Jules Erving, is just a sophomore at California. Justin Robinson, the son of Hall of Fame Center David Robinson, is still working his way in the Duke University rotation.  Trey Mourning, another offspring of a 1990’s All Star Center (Alonzo Mourning), is now playing for coach Patrick Ewing at Georgetown  Talk about a big man fraternity!  B.J. Stith remains on an Old Dominion roster where his brother used to play and father (longtime Denver Nugget) Bryant Stith coaches.  And Wyatt Lohaus, the son of former Milwaukee Bucks forward Brad Lohaus, plays on the UNI team.  All of these players are holdovers from a stacked “sons of NBA players” 2017-18 roster.

Former NBA player (and Duke great) Johnny Dawkins is not only the proud papa of a current college basketball player.  He is also the coach of Aubrey Dawkins at UCF.

If you are a college basketball fanatic like me, you remember Jamal Mashburn, Greg Anthony, and Kenyon Marton more so for their college basketball contributions.  Well, their sons “have next.”  Check out this unbelievable list of prodigy children of NBA stars set to play in college basketball 2019-2020 and beyond:  Courtesy 247Sports.com. 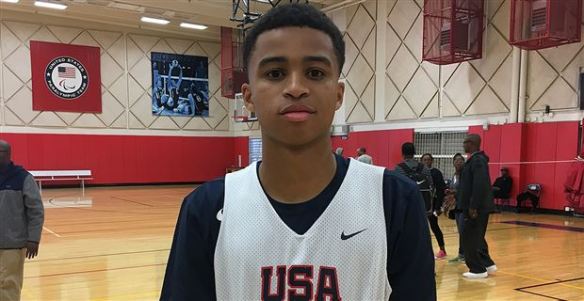 Now for the fun part.  Can you name current NBA players who have little brothers in the college game?

Grady Eifert, the brother of Cincinnati Bengals tight end Tyler Eifert, is a senior on the Purdue Boilmakers.

Stay tuned for more updates as we comb the nation for branches from the college basketball family tree!